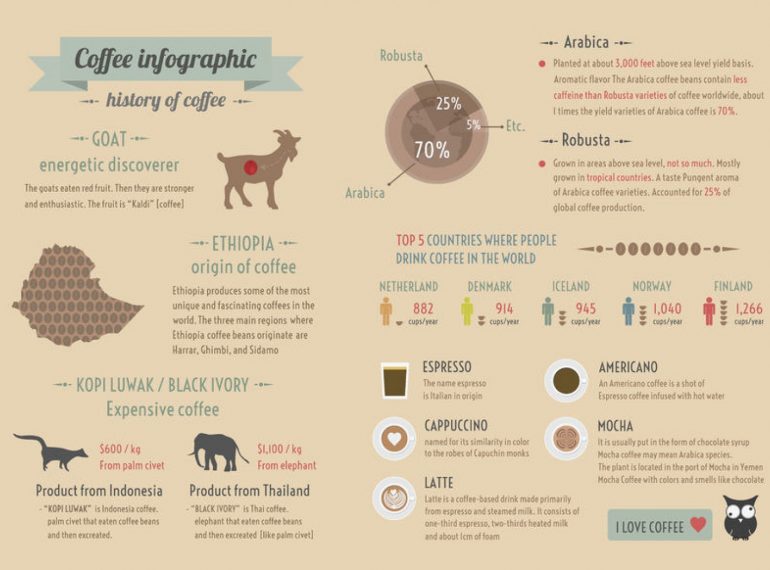 The history of coffee dates back to the 15th century, and possibly earlier with a number of reports and legends surrounding its first use. The native (undomesticated) origin of coffee is thought to have been Ethiopia.

According to legend, ancestors of today’s Oromo people in a region of Kaffa in Ethiopia were believed to have been the first to recognize the energizing effect of the coffee plant, though no direct evidence has been found indicating where in Africa coffee grew or who among the native populations might have used it as a stimulant or even known about it, earlier than the 17th century. The story of Kaldi, the 9th-century Ethiopian goatherd who discovered coffee when he noticed how excited his goats became after eating the beans from a coffee plant, did not appear in writing until 1671 and is probably apocryphal.

Other accounts attribute the discovery of coffee to Sheikh Omar. According to an ancient chronicle (preserved in the Abd-Al-Kadir manuscript), Omar, who was known for his ability to cure the sick through prayer, was once exiled from Mocha in Yemen to a desert cave near Ousab (modern-day Wusab, about 90 km east of Zabid).

Starving, Omar chewed berries from nearby shrubbery but found them to be bitter. He tried roasting the seeds to improve the flavor, but they became hard. He then tried boiling them to soften the seed, which resulted in a fragrant brown liquid. Upon drinking the liquid Omar was revitalized and sustained for days. As stories of this “miracle drug” reached Mocha, Omar was asked to return and was made a saint. From Ethiopia, the coffee plant was introduced into the Arab World through Egypt and Yemen 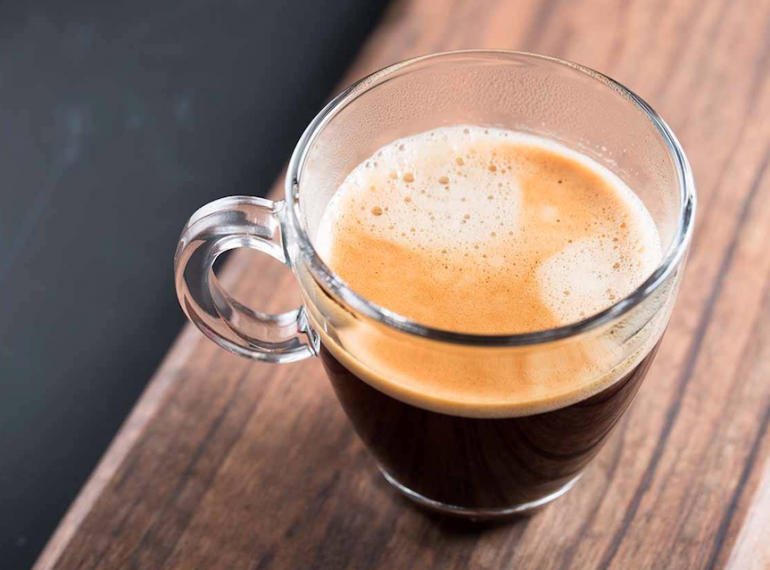